Home » Articles » How To Cope With Kids Fighting: Tips For Parents

Sometimes, kids fight. It’s a natural part of their development. However, just because arguing is normal doesn’t mean you have to live with it. As a parent, there are steps you can take to help minimize kids fighting.

Below, you’ll find expert tips on restoring harmony to your home. But first, let’s take a quick look at why kids fight.

Why Do Kids Fight?

When you see fighting, you see bad behavior. But kids who are fighting usually aren’t trying to be bad. It’s just their way of dealing with a difficult situation when they haven’t learned more appropriate ways of handling things.

Children — of any age — are still learning about the world and how to relate to other people. They’re also trying to figure out social norms and boundaries. As they explore these things and develop social skills, it’s common for them to fight with each other.

Fighting can also happen because children aren’t skilled at expressing their frustration through words. So, when they feel things are unfair or someone does something they don’t like, they might lash out in anger.

Frustration isn’t the only emotion that can lead to fights. Children can have a hard time processing other big feelings as well. When they’re dealing with fear, pain, or confusion, disagreements and more aggressive behavior may occur.

What To Do When Kids Fight

When the fighting starts, don’t join in. Yelling, stomping your foot, or throwing things won’t help. These behaviors actually teach your children that it’s fine to act like that when they’re feeling mad, reinforcing the idea that fighting and aggressive behavior are OK.

Instead, stay calm and help defuse the situation. Use a calm voice, and be a trusted presence your children can focus on. Model good behavior with your body language and your kids will naturally start to mirror you.

Modeling peace in the heat of a battle isn’t easy, but it’s what your children need most. By talking them through their feelings, you can help them think more clearly and realize what they were doing was wrong.

Note: No parent is perfect. So, if a fight breaks out and you begin to feel frustrated, take a moment to calm yourself. Take a deep breath or two and then assess the situation. You can do this!

2) Separate The Kids Fighting If Necessary

Sometimes, kids need physical space between them to deescalate the situation. If kids are physically fighting, have them go to separate rooms or different parts of the same room. This gives them a safe place to breathe deeply, meditate, and calm down on their own.

They don’t have to stay isolated for long. Often, a few minutes apart helps restore the peace, and then you can bring them back together to discuss what happened.

Once everyone is back in the same room, encourage communication and empathy. During this time, your role is to be a mediator and an encourager. Most importantly, as the kids talk, don’t allow them to interrupt each other.

Instead, teach them how to listen to each other. You can do this through role-play if your children are old enough.

Being able to think about a situation from someone else’s point of view can help your child resolve conflicts on their own in the future.

If they aren’t quite ready for this role reversal, encourage them to use their own words and talk about what happened. Discuss how they were feeling before the fight started and why they might have felt that way.

The HOMER Explore Feelings Kit can also encourage empathy and communication. Go through the Forest Friends Feeling Cards and ask your children to pick out the cards that represent how they’re feeling.

Then, talk about the different emotions those cards point to. Let your child know that the feelings they had were normal and natural but the way they responded to those feelings wasn’t OK.

Your children need to know you love them and are there for them, even when they fight. One way you can express this is by withholding judgment.

When your kids come to you to talk about their fight, resist the urge to lecture them or tell them who’s right and who’s wrong.

If you make them feel like they’re bad for fighting, they’ll be less likely to talk to you in the future. They might even start hiding their emotions, leading to bigger problems down the road.

To avoid this, focus on listening. Even if you think you know what happened, listen to both sides of the story.

Along these same lines, make sure you aren’t playing favorites. Don’t use language that signals to one child they’re always the problem or they’re constantly the one in the wrong. This will only make them feel worse and could cause them to rebel.

Instead, speak lovingly to each member of the family. Let them know that you’re there for them. And help them feel like they are part of a team, working together to resolve conflicts.

5) Use Humor To Redirect

A bit of humor can go a long way in a tense situation. Of course, you don’t want to make light of the situation or make kids think like their feelings aren’t important, but a bit of laughter can help defuse the situation.

To use this strategy, we recommend separating the fighting kids until they calm down. Then talk about why each person was angry and why a certain response (such as hitting) during an argument was unacceptable. Then help your family find better ways to handle their emotions.

Once everyone is somewhat calm and has had a chance to voice their opinion, you can explain that making up is an important part of any fight and bring the humor aspect in.

Try one of these fun tactics to get everyone laughing:

This is also a great strategy to prevent fighting. When you notice that tempers are rising, do something silly. Use this tactic to handle attitudes and tempers before talking about unkind words or other conflicts.

6) Ask Your Kids For Solutions

Kids are pretty good at coming up with solutions to problems. To give them a chance to share their opinions, call a family meeting when they are calm.

Avoid arguments during the meeting by setting some communication rules, such as:

After establishing the ground rules, let your children know that you’ve noticed they’ve been fighting more often. Ask if anyone knows why the fights have been happening.

Then, listen to what they say and consider their ideas for how to prevent fighting in the future. You can also talk about rules for fighting. Remind your children that physical contact during a fight is off-limits.

As a family, brainstorm different ways to handle your feelings. Have each child share what they can do the next time they’re feeling angry.

If they’re having trouble coming up with appropriate solutions, here are a few calming strategies you can offer:

Having a plan for what to do the next time can help prevent kids from fighting in the future.

If you’re having trouble with your kids fighting, the above strategies can help. By using calming techniques, modeling good behavior, and talking about feelings, you can teach children how to disagree in a healthy way.

The Explore Feelings Kit from HOMER is another tool your children can use to understand how to share their feelings without fighting. As you learn about emotions together, you can prepare them for the next time they have a disagreement or are feeling big, new things.

No matter what, show your child how much you care by making them feel heard, never judging them, and allowing them to talk about the hard things.

Your love coupled with appropriate coping strategies will help them grow into emotionally mature adults who are able to handle any conflict that comes their way! 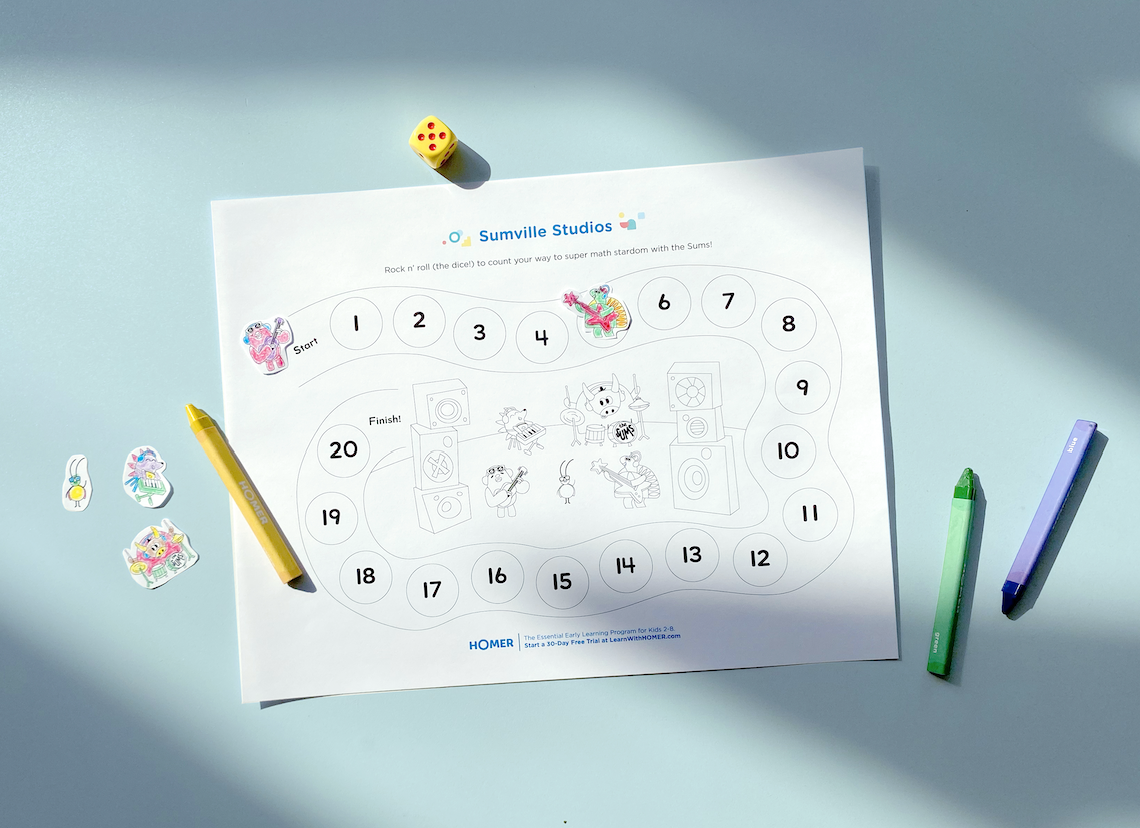 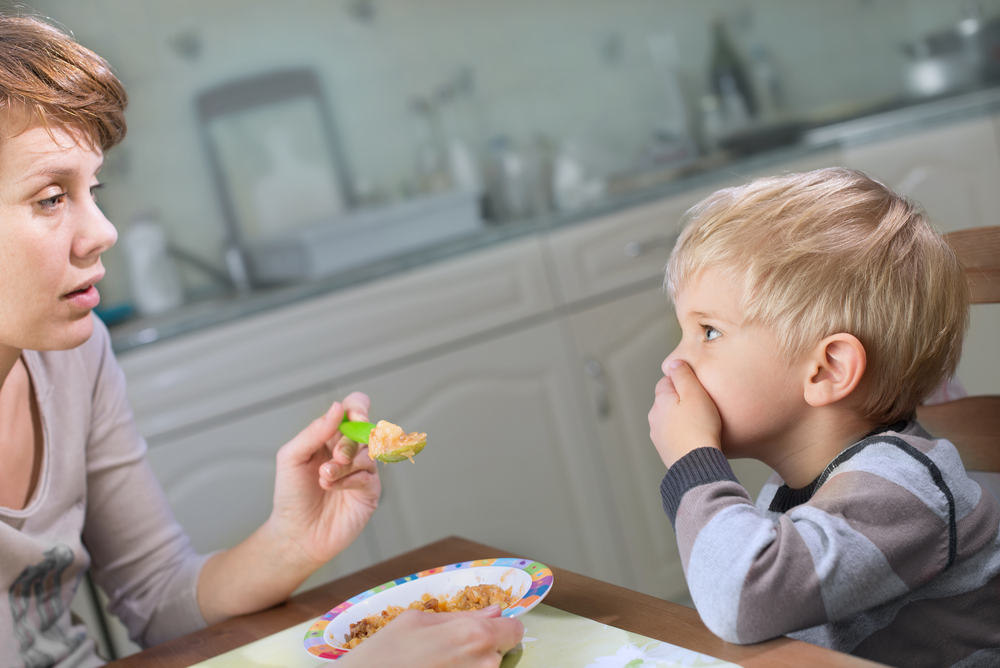 Do you have a picky eater at home? These tips can help you avoid battles at mealtime. 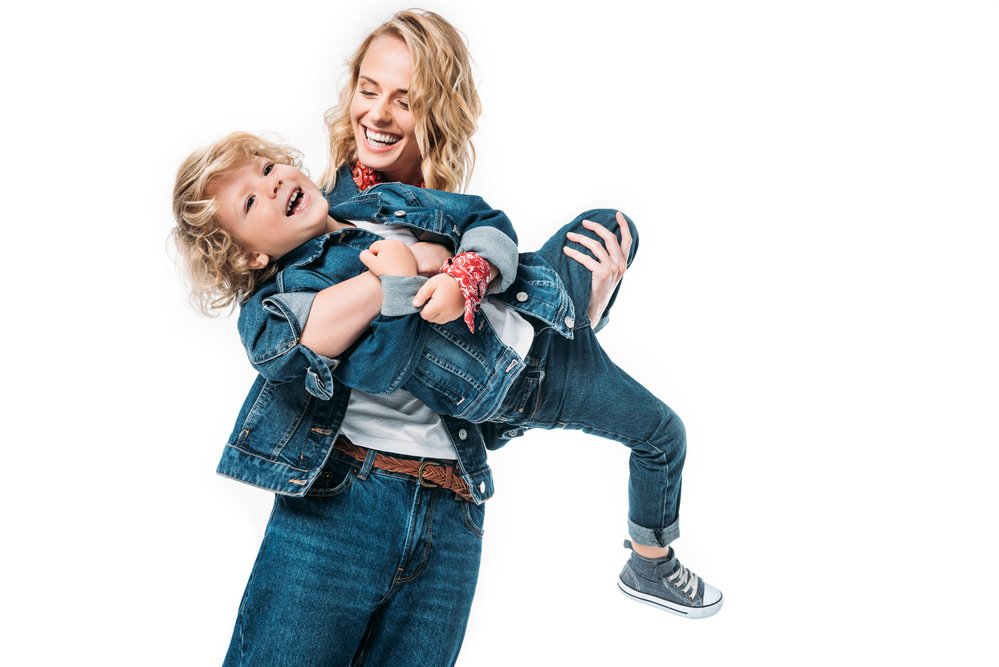 The experts at HOMER share tips to help you teach your child about following directions.