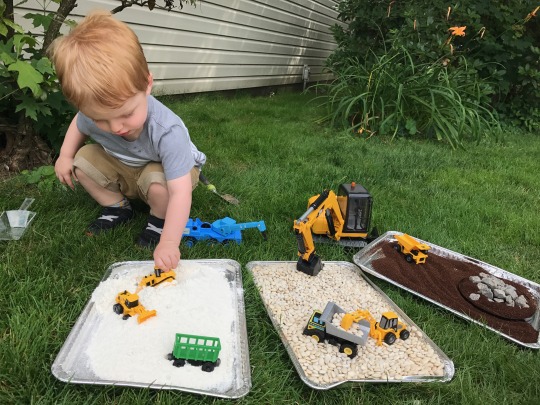 Our very own Samantha Creighan, Homer’s Director of Children’s Research, has brought incredible insight to our team as we focus on building a child-centered learning product and brand. Not only is she a dedicated researcher with a PhD in cognition and learning, but she’s also a mom to a pretty adorable 2 year-old boy. This week, Sam shares a sensory activity you can do with your child after reading the story Dump Truck in the StoryTime section of the Homer app.

My almost-two-year-old son, like many kids is obsessed with anything with wheels, especially construction vehicles. And who can blame him; with their bold bright colors, BIG wheels, and their affinity for dirt and mud, what’s not to love?

His interest in trucks has influenced his clothing, his bedroom décor, and even his upcoming birthday party. But what’s really cool has been watching how his interest has fueled his play and learning.

Through stories and songs like Dump Truck, he’s expanded his vocabulary and has been able to see these trucks in action in ways he might not have otherwise. He (and I, too!) now know the differences between a loader and an excavator, understand what parts like the hydraulic ram and boom are, and have learned how different trucks are used for different but equally important jobs.

He then applies these concepts to his play… I caught him singing “and now we’re ready to load, load, load!” while happily filling up his own dump truck.

Now that summer is here and the truck toys have been spending a lot of time outside in the dirt, I had an idea to make our own construction site, facilitating his exploration of different textures and materials. Sensory activities, which is really just anything that allows a kid to explore something using their senses, like this one provide kids with opportunities to compare and contrast, discover cause and effect, problem solve, and most importantly create and imagine.

I used three disposable cookie sheets and filled each one with a different material: flour, decaffeinated coffee grinds, and dried beans. I scattered his construction toys amongst the trays and also brought out some shovels, cups, buckets, a sifter, and a spray bottle filled with water. As we played, I added some rocks, leaves, and sticks, and then eventually caved and added some potting soil to another tray.

Cole loved the sound the beans made as they filled up the trucks, the way the wheels left tracks in the smooth flour, and the coffee was his favorite for scooping. He really directed the experience, and I tried to jump in when I could and chat with him about what we were doing.

Eventually, we started mixing materials and exploring what happened when you added water. The spray bottle was also a great way to clean off the trucks after their hard day of work. Cleanup was as you would expect, although I’m wondering what will happen to the few rogue beans I may have missed.

The best part about this activity is that you really can’t go wrong, because you can basically use anything you have on hand. Also, there are plenty of resources out there for more inspiration. You don’t even have to use construction vehicles; you can create a similar world for zoo animals, dinosaurs, even princesses. The key is using something your child is already interested in to inspire, engage, learn, and PLAY. 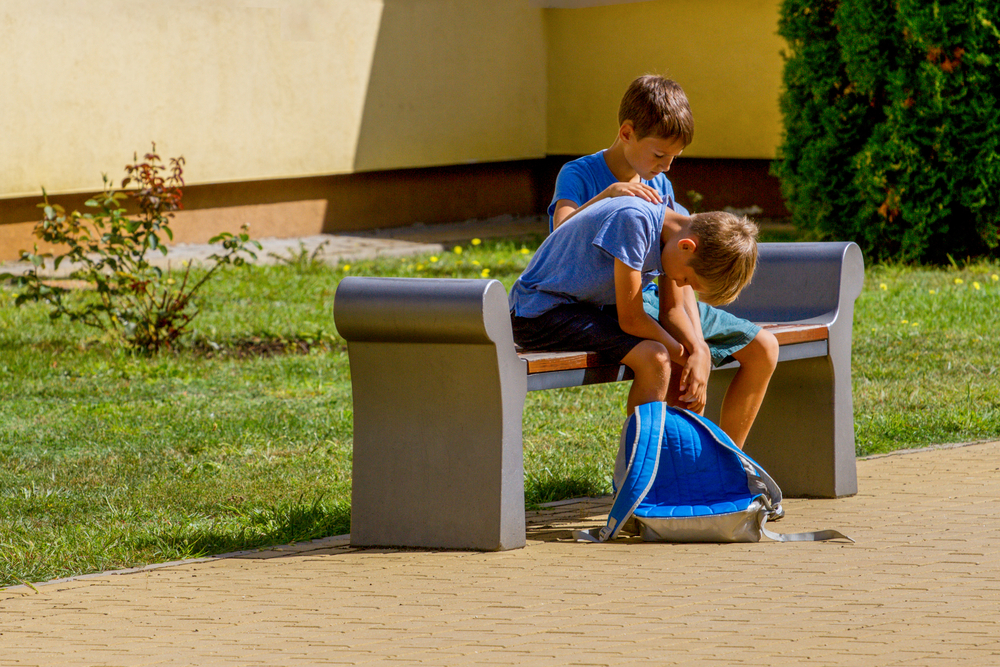 These tips for teaching kids empathy help them better understand the feelings of others.

Have you ever been so excited to go on a trip? (I mean, really, aren’t we all?) So are Tutt and

Back by popular demand: we’re moving on to a new letter with Homer’s Alphabet Scavenger hunt. Join us as we