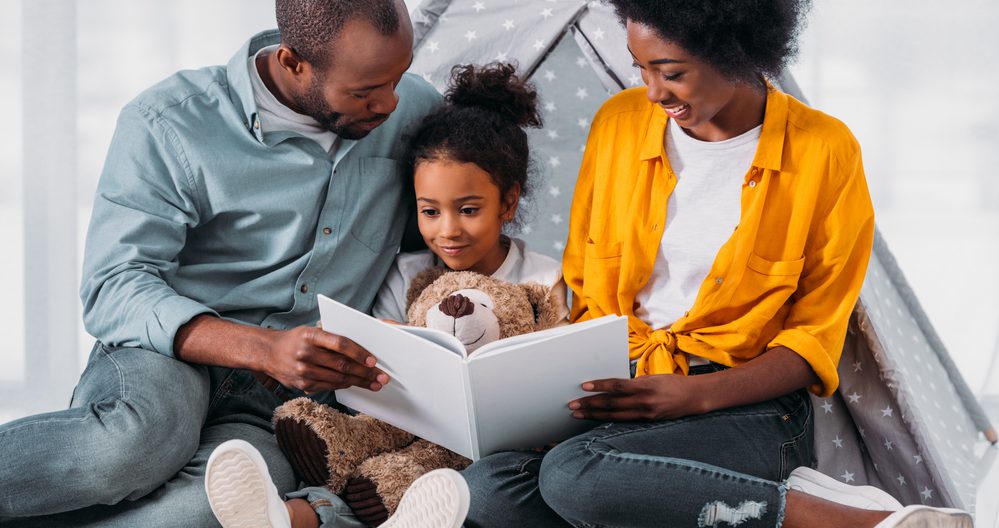 Research shows that for children to become enthusiastic, fluent readers, they need a firm grasp of phonics and the alphabetic code. That’s where phonological and phonemic awareness — the ability to identify and manipulate individual sounds in words — come into play.

Having said that, we understand that it can sometimes be hard to know where to begin. And as a parent, you may or may not have even heard the term “phonemic awareness” before.

Good news! We’re here to break down the concepts of phonological and phonemic awareness and show you how you can use them to encourage a love of reading in your child.

What is Phonemic Awareness?

As we mentioned above, phonemic awareness is the ability to identify and manipulate sounds. Put another way, it’s a concept that deals with how we understand the function of sounds, specifically, phonemes.

A “phoneme” is the smallest possible unit of sound in a language. Every word we use is made up of a combination of phonemes. These sounds blend together to form words.

The easiest way to understand phonemic awareness as a concept is by playing around with words yourself (and with your child, but we’ll get to that part later.)

If you take a simple word like “ball” and change the beginning sound from a /b/ to a /t/ sound, you get a different word — tall — with a completely different meaning.

Phonological and phonemic awareness have a good bit of overlap, which can make the two ideas confusing! We’re here to simplify them and show you how these technical terms are actually fun, important parts of your child’s reading journey.

Phonological awareness is an umbrella term that includes different skills your child will encounter while on their journey to becoming an enthusiastic, engaged reader. These are:

From a practical standpoint, the fact that phonological and phonemic tasks are so closely related means you can utilize the same blending and sound-swapping exercises; if you’d like your child to focus on phonemic awareness specifically, simply use the exercises with individual sounds.

Maybe you’re thinking to yourself: well, that’s about as clear as mud. We hear you!

For the sake of your child’s learning, don’t sweat over working on these phonological and phonemic skills as individual, separate components. The distinction is mostly academic. Our examples will help you work both at once.

Singing nursery rhymes or silly songs is a great place to start! This will build your child’s phonological and phonemic awareness skills by allowing them to play with and manipulate sounds and words.

Why Is Phonemic Awareness Important?

Phonemic awareness is one of the first skills your child will need in their toolbelt for reading, which, of course, is an important part of learning. It’s also one of the first steps to building their confidence with sounds (and, later, words!).

Phonemic awareness is an effective tool for helping your child become an engaged, self-motivated reader in the future. A child with a healthy foundation of phonemic awareness stands the best chance to read with fluency and for fun!

Jumping straight into matching up sounds with letter forms may seem like the obvious first step. Your instincts are on the right track; that’s an important part of helping your child learn to read!

But another way to help your child with phonemic awareness is to focus on listening skills — such as isolating individual sounds, blending them together, and then moving sounds around to create new words — will help your emerging reader get to their end goal.

As you’re working with your child, keep in mind that phonemes may take a while for kids to grasp. That’s okay! You can relax knowing that phonemic awareness will come with time and exposure.

How To Encourage Phonological And Phonemic Awareness

You’ve probably realized by now that when it comes to helping your child develop a love of reading, phonemic awareness is important. But that doesn’t mean it has to be boring or difficult!

At HOMER, we believe in learning that’s fun and functional for your family. We don’t want the prospect of helping your child with their phonemic awareness to feel intimidating.

That’s why we’re here to share tips for encouraging phonemic awareness in a way that is engaging, stimulating, and educational for your child (without eating up all of your wind-down time as a family!).

The good news is that phonemic and phonological awareness practice can be incorporated into your family’s busy lifestyle while allowing you to help your child build their reading confidence and bond with you at the same time.

The best way to build up your child’s awareness of sounds in words is to play easy and fun games together. Light-hearted and entertaining activities will keep your little one happy, calm, and excited to learn (without really knowing they’re learning in the first place!).

This one is probably part of your routine family life already. You may not have realized it, but by singing along to nursery rhymes with your child, you’re already engaging their phonological awareness!

Exposure to rhymes is the easiest and first step to your child learning to manipulate sounds. And who doesn’t love an old-fashioned sing-along in the middle of afternoon traffic or Sunday morning chores?

If you want to focus on your child’s phonemic awareness skills more specifically, you can encourage them to make rhymes by only the beginning sound in a word.

Helping your child distinguish what words do or don’t rhyme is an important introduction to a more advanced phonological concept — how changing the letter of a word also changes the sound and meaning.

For this exercise, play a rhyme game. You’ll say three words, two of which rhyme and one that does not. Make sure you play up the silliness so your child understands that you made a mistake (one that they will be confident to fix!).

For example, you could say “cat,” “bat,” and “dot.” Then ask your child to pick out the word that doesn’t rhyme. Once they gain enough confidence, try and see if they can do it back to you.

To help your little one learn to make their own rhymes, try saying a sentence and asking them to finish it with a word that rhymes. For example: In my bag, I have a ___ (rag).

You can play up the fun in this activity by seeing which one of you can come up with the silliest rhymes. And since you’re mainly focusing on listening skills for this activity, the words you come up with don’t even have to be real!

As adults, we take it for granted, but recognizing the beginning and ending sounds of words is really important for emerging readers!

Try saying three words that begin or end with the same sound and asking your child what sound they share. For example: l-l-leg, l-l-lamb, l-l-lint.

You can also change it up by inserting a word that does not belong in the sound group and have your child yell out which word is wrong.

Using the same example, you could say “leg,” “lamb,” “lint,” “mud.” once your child hears the wrong sound, they have to shout it out! How many times can your child catch you?

This is where the old I-Spy game comes in handy. Start by saying, “I spy with my little eye something that starts with an /r/ sound.”

Have your child answer with something around you that begins with that sound. And while you’re playing, remember that at this stage, you’re focusing mostly on sounds, not the traditional letter name.

Make sure to give lots of praise and cheers when your child gets it right!

This one can be a lot of fun with the right twist! For example, pretend you’re a robot who has come to Earth and is trying to learn the English language. Ask your child for help with a certain word in robot-speak.

Break down the sounds in a word and tell your child you don’t know what the word is. Ask them to repeat it in robot talk (example: /c/a/t/), and then ask them what word you are saying.

This will help them practice blending different phonemes together to create a single word with a single meaning.

Phonemic awareness is an important first step on your child’s journey toward a lifetime love of reading, writing, and learning!

And while it’s crucial to introduce your child to phonemic awareness concepts early in their life, it’s much more important to do it in a way that doesn’t stress them (or you!) out.

That’s why we offer kid-powered, play-based activities designed by learning experts to help keep your child entertained and learning. If you’re not sure where to start, try our learning quiz to discover where your child is on their learning journey.

All in all, we encourage you to keep it simple: play phonemic and phonological awareness games for a few minutes as you go about your day. The more fun you have with it the more your child will as well.

If your child ever seems overwhelmed by what they’re learning, feel free to take a break. Confidence comes with time and practice.

After all, there’s no pressure for them to read Shakespeare any time soon. We know that sound by sound, word by word, with one success following another, your child will soon be on the road to reading Macbeth and other literary delights! 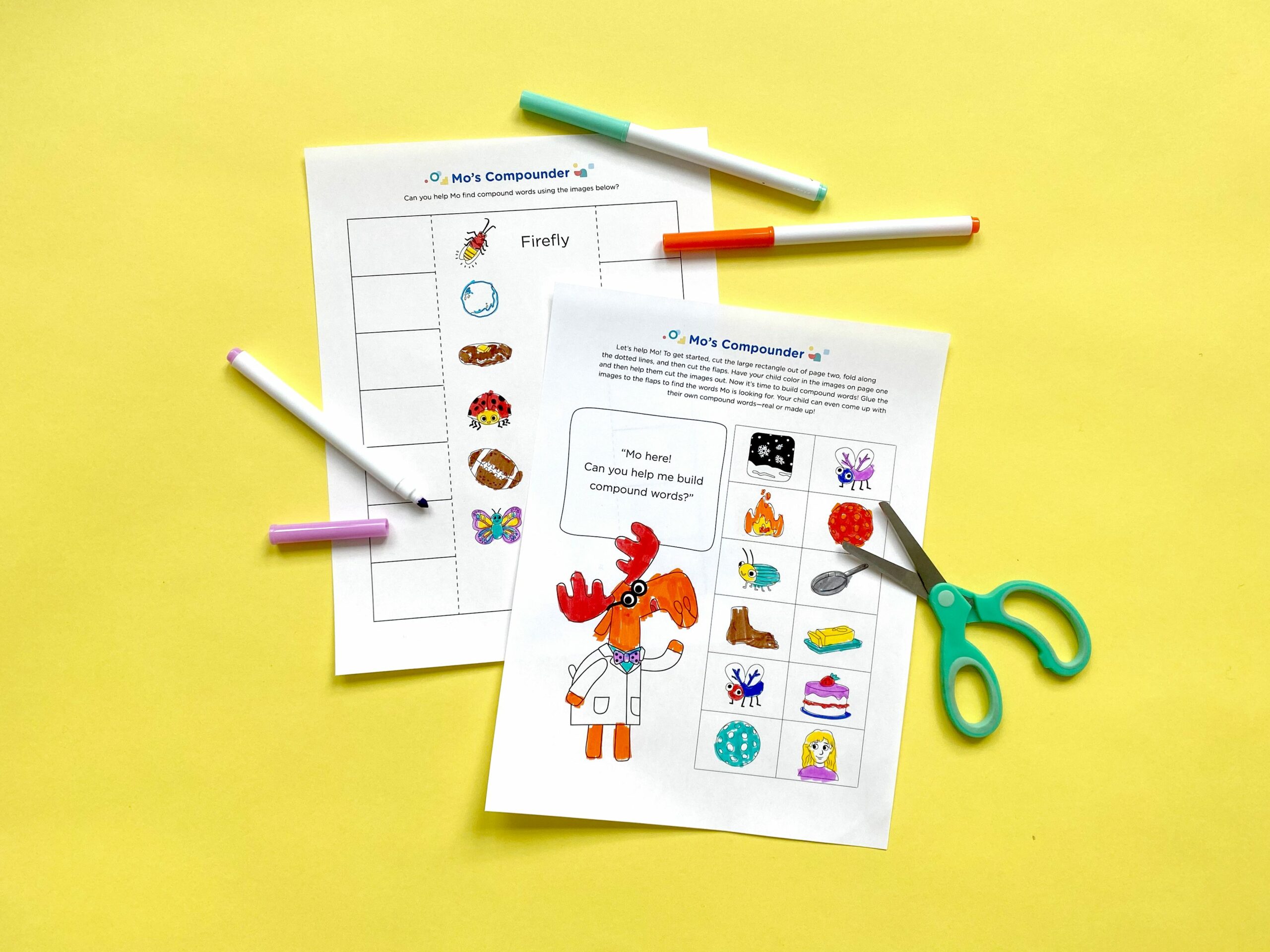 Compound words are double the fun! A compound word is simply a word that is formed from two or more 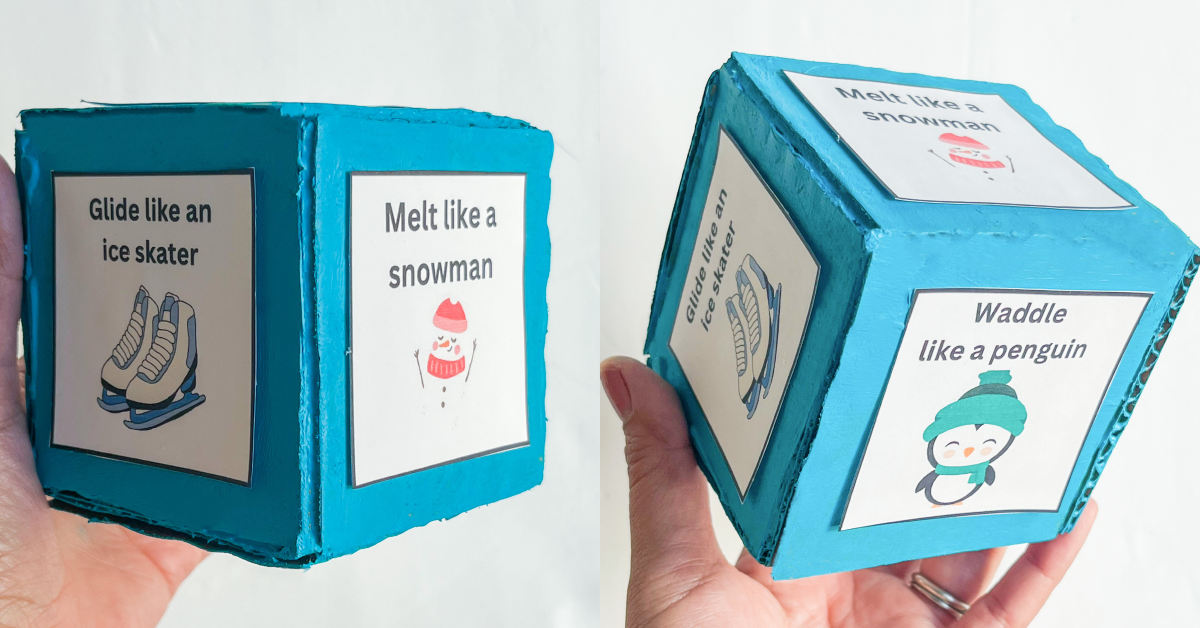 Feeling stuck indoors with your little ones this winter? Keep your kids moving and learning with this Winter Movement Cube 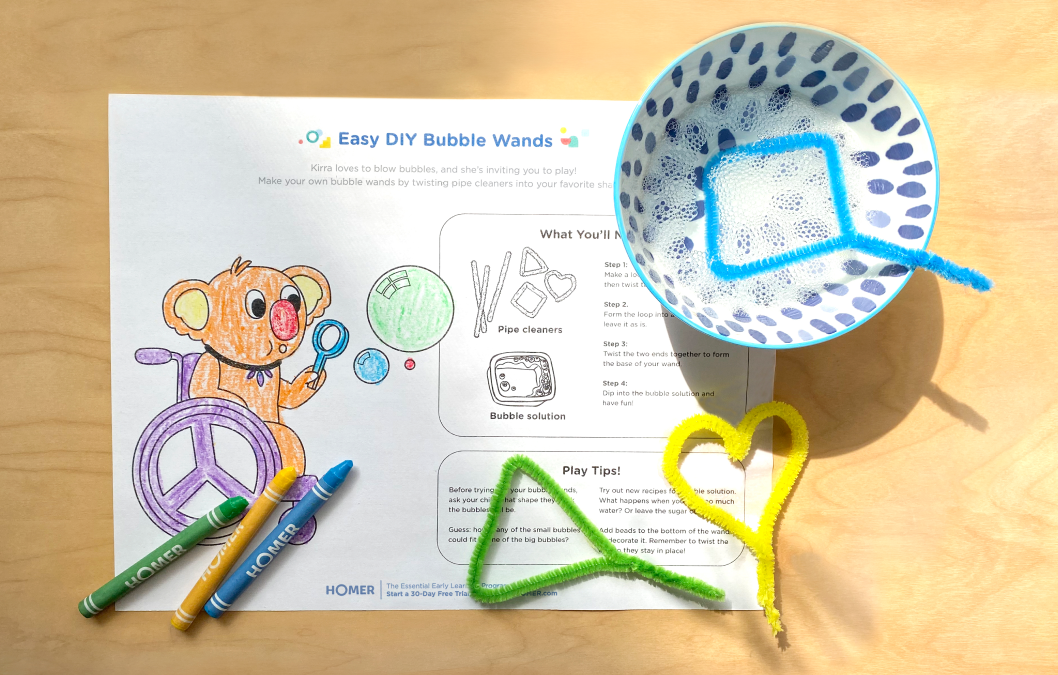 Kirra loves to blow bubbles, and she’s inviting you to play! It’s easy to make your own DIY bubble wands